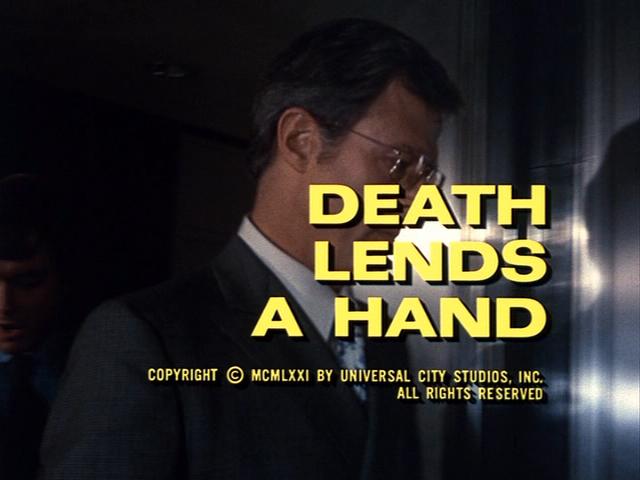 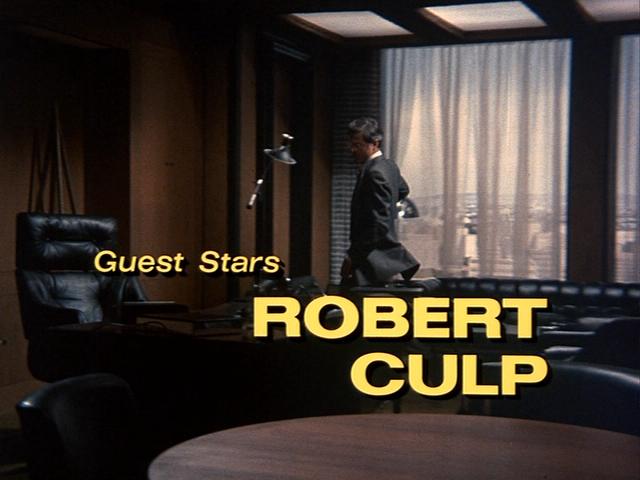 Here we go! The episode that started it all for me in being a Fan of All Things Culp. 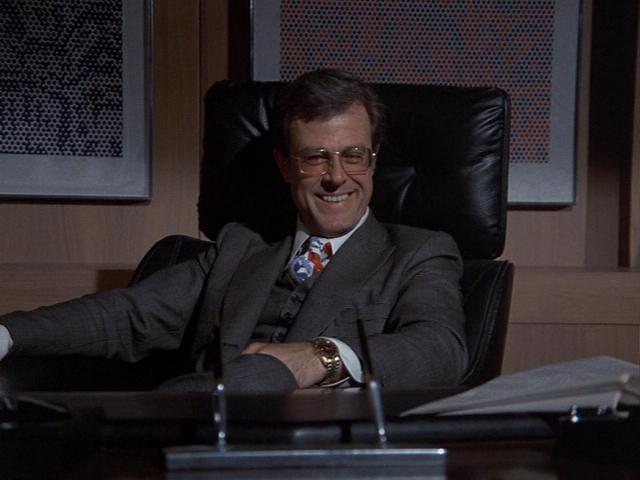 Culp plays Brimmer, a former police officer turned private investigator who runs a very sophisticated investigative operation (indeed, he was not Jim Rockford. This firm had several operatives, a fleet of vehicles, electronic gizmos, high rise office space and support staff ). Brimmer’s latest case involved investigating the allegations of infidelity on the part of the young wife of Arthur Kennicut, a prominent LA newspaper publisher. Brimmer reports to Mr. Kennicut that his wife had a “clean bill of health” and was not having any affairs. Mr. Kennicut accepts this finding with relief but we find out after he leaves Brimmer’s office that the report from Brimmer was a total lie. Brimmer then attempts to blackmail Mrs. Kennicut, saying he would keep the proof of her affair quiet if she would provide him with inside information of the powerful people in LA that Mr. Kennicut had connections to. 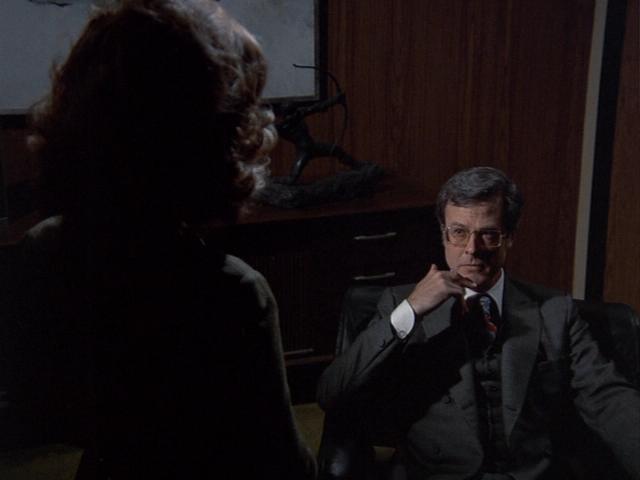 Brimmer, a short tempered kinda guy to begin with, becomes furious with Mrs. Kennicut and accidentally kills her. 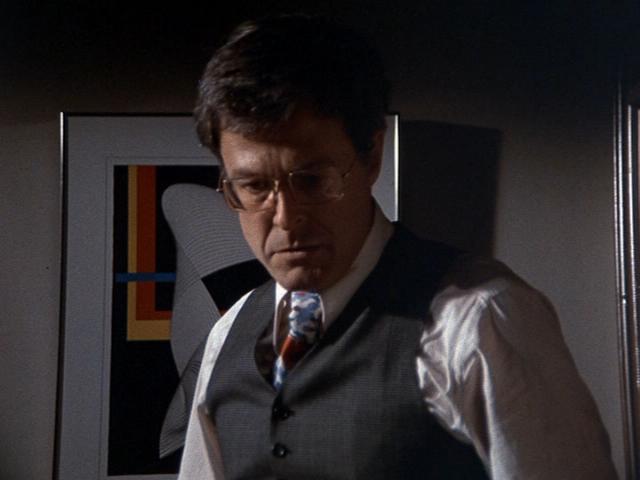 Of course, he didn’t intend to kill. And once he realizes what he’s done, he knows the murder of this woman is worse than being exposed for the blackmail attempt.  Thus he does his damnedest to cover it up, cleaning up all evidence of anything she touched from his beach house and then transporting her body across LA to leave her in an industrial area. 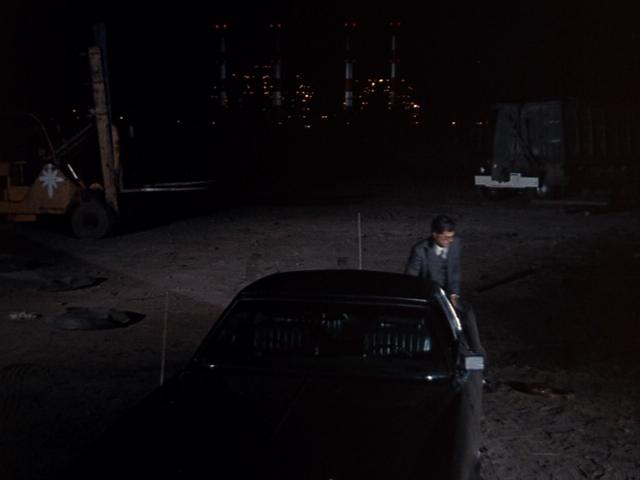 It should’ve worked. Once her body is discovered the next morning, it looks like a mugging. Tragic and unfortunate, but she was killed for her money. Brimmer, in a further attempt to keep any suspicion possible away from himself shows up at Mr. Kennicut’s home to offer condolences and offer the services of his firm to find Mrs. Kennicut’s killer. 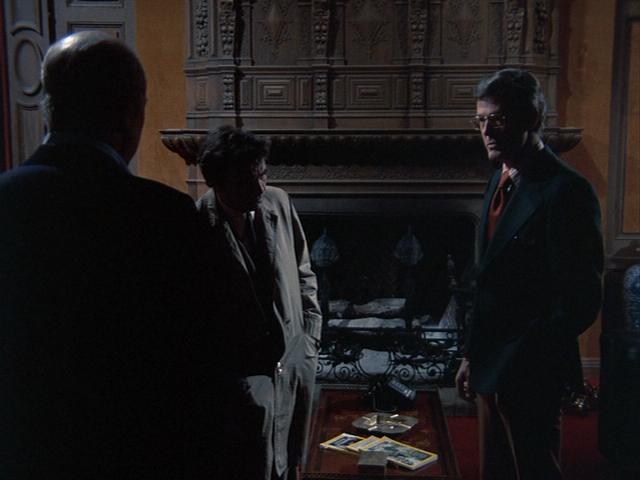 Despite all the charm Brimmer can put forth, he knows right off the bat that Columbo is going to be a challenge.

Scratch that. Not a challenge. A full fledged pain in the posterior. 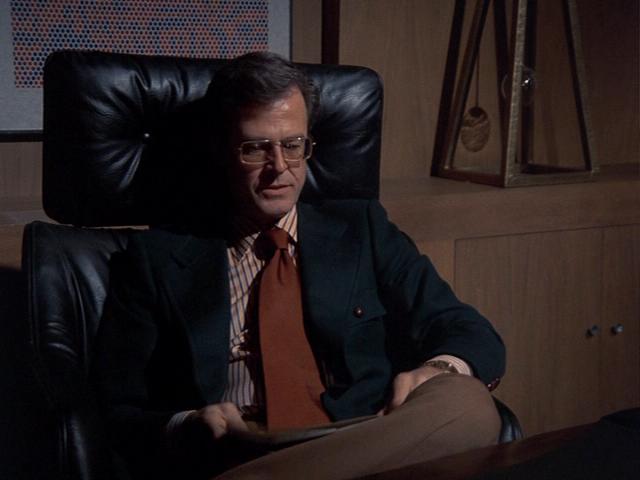 Brimmer only digs himself even deeper when he tries to woo Columbo into leaving the police force and joining the detective agency with the promise of more money and complimenting him on his detective skills. 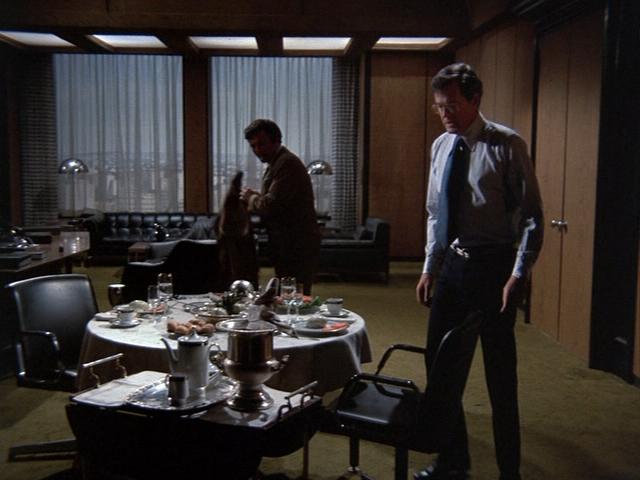 Columbo says he’ll think it over, talk to the wife. Brimmer thinks he might have a chance.  Then two strange things happen. Brimmer’s car won’t work and he sends it off to the garage to be fixed. Then he gets a call from Mr. Kennicut; Columbo has requested that Mrs. Kennicut’s body be exhumed for some reason. 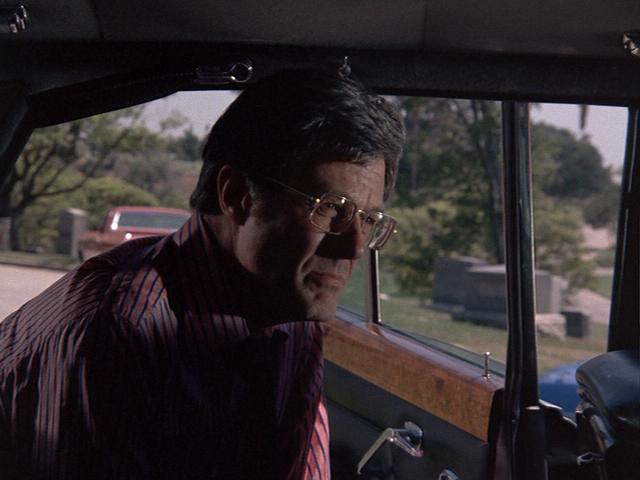 Now this is where I have to apologize for not remembering exactly how Columbo set this up (were they looking for the contact lens in the casket? Were they looking to see if she had both lens still, or didn’t? Or…gah. Sorry!). What I do know, is the “missing” contact lens sets Brimmer on a search through his beach house, where Columbo shows up, “innocently” enough, says something to further unsettle Brimmer and Brimmer searches a little more once Columbo leaves. Then Brimmer decides he has to search his car – which is still in the shop. 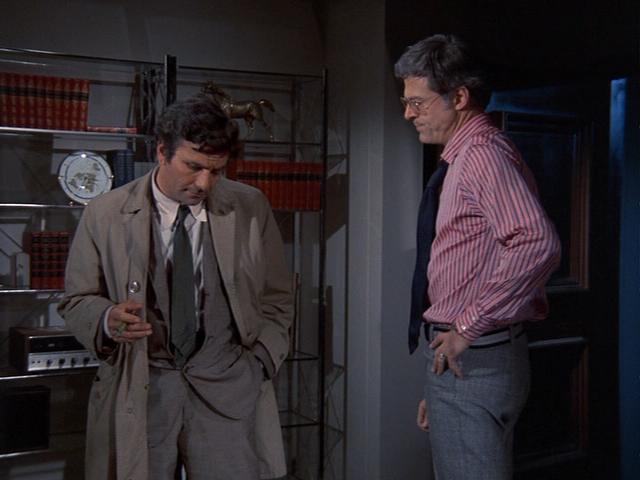 Brimmer breaks into the repair shop and finds his car. He searches the trunk and does indeed find a contact lens… 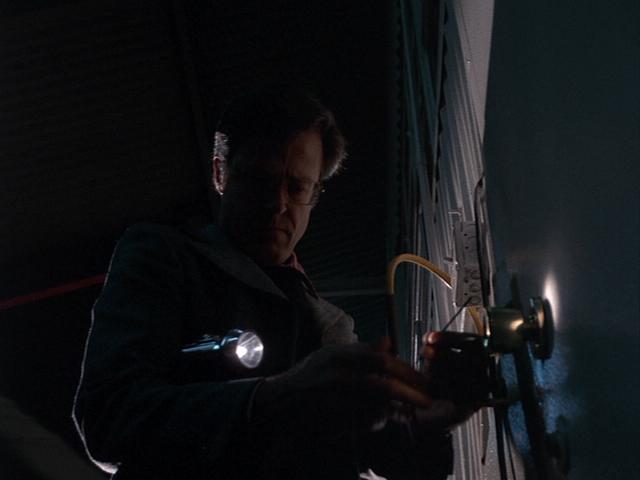 …and the Lieutenant is waiting for him. Brimmer, indignant, storms away from Columbo and reaches for his cigarettes in his pocket. He then attempts to throw the empty cigarette package away when Columbo stops him, grabbing his hand before the contents are ejected into the wastebasket. 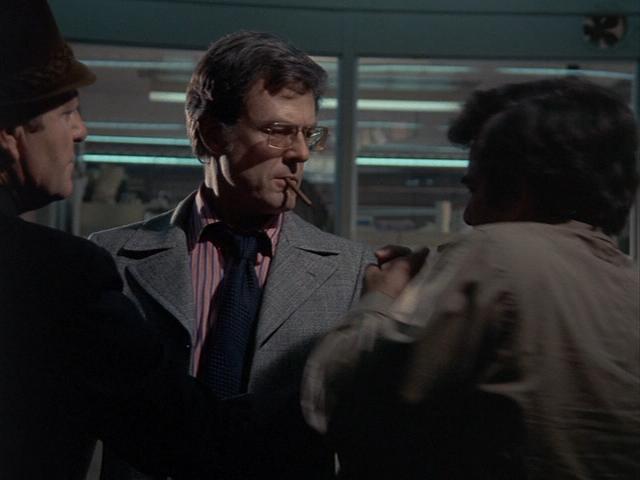 The contact lens in Brimmer’s hand is evidence enough. Caught “red handed” Brimmer accepts being busted, admits his guilt and apologizes quietly to Mr. Kennicut, who was also present during this. 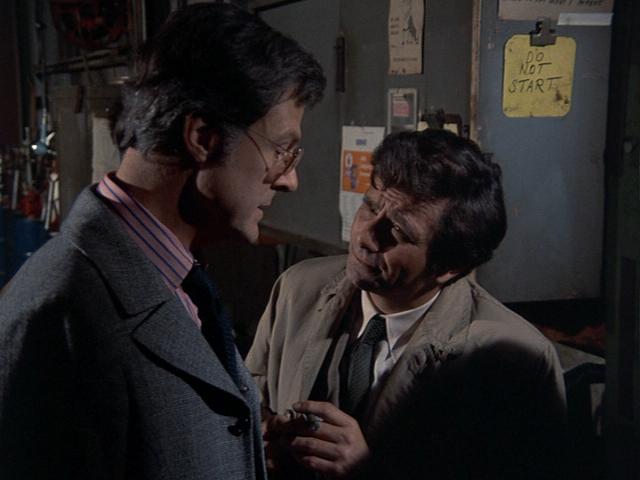 I enjoyed watching this episode and for it being over 2 years since I saw it, the fact I can still remember the plot well enough speaks to how good it is. I capped it pretty much right after I watched it. Definitely a worthwhile introduction to Robert Culp!

“Death Lends a Hand” is available on the Season One DVD of Columbo available at Amazon.com.