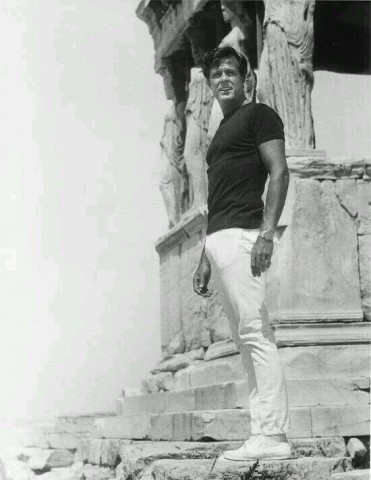 Robert Culp, who would have turned 85 on August 16th, played the very cool and very don’t-mess-with-Texas Ranger Hoby Gilman in the 1950s western TRACKDOWN. In the 60’s, Culp continued the essence of cool with the very cool and very debonair spy Kelly Robinson on I SPY. By the 70’s he was all over the tube and films, turning out varied performances from ruffled shirt wearing Bob in BOB & CAROL & TED & ALICE to three time killer on COLUMBO to the very cool and dark William Sebastian in Gene Roddenberry’s SPECTRE. Even as Bill Maxwell, the calcified by-the-book old school Fed on THE GREATEST AMERICAN HERO, Culp was still cool.

So how do you pull off that kind of ambiance? Well, here’s five things to keep in mind. 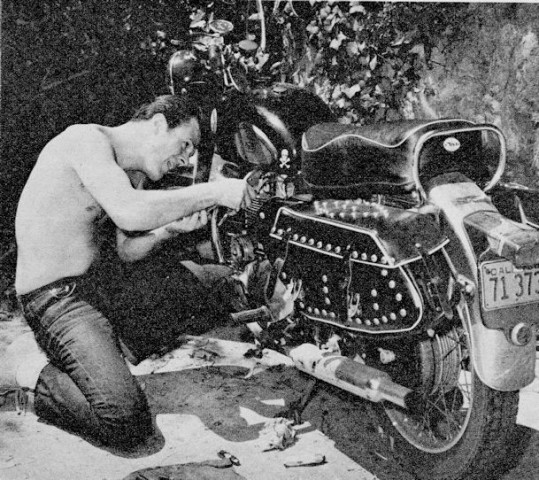 “You can’t just state categorically that one fellow is a square, another a gray-flannel type character, and a third a beatnik. Every person is a mixture of many things, and to lump groups of them together into neat, pre-conceived patterns is ridiculous! I think that may be one of the traps young people fall into today. They fancy themselves to be one “type” or another, then try to live up to what they imagine to be the epitome of that “type.” Instead, they should be exploring, branching out, discovering all the infinite variety of things life has to offer.” – Robert Culp, 1959.

When Culp first arrived in Hollywood in 1957 he caught the public’s attention and earned the label of “offbeat” by the Hollywood establishment. Studios and networks expected their stars to adhere to a certain wholesome public image, one that chafed Culp from the start. By contrast, he wasn’t a “bad boy” either but tooling around on a thundering motorcycle or in a cool speedy Corvette went a little against the wholesome Hollywood grain of the 1950s. He wasn’t afraid to speak his mind and the word “compromise” sometimes wasn’t in his vocabulary. Nonetheless, Culp wasn’t completely insufferable. Always the professional, he sought out the expertise from those with experience and in the know, contributed ideas and suggestions that more often than not were for the benefit of others and not him and learned from his mistakes. That’s not offbeat. That’s just plain awesome.

4. Stand up and do something for what you believe in – or just shut the hell up. 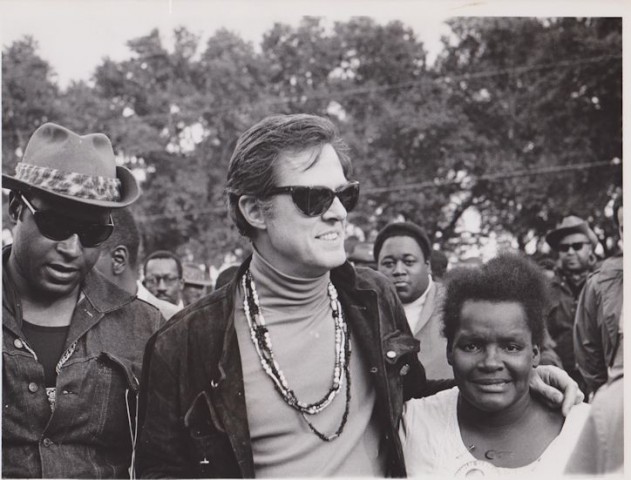 The tumultuous year of 1968 was marred by riots, demonstrations and the assassinations of Dr. Martin Luther King and Robert Kennedy. After the assassination of Dr. King in April, Culp along with I Spy co-star Bill Cosby, went to Atlanta to pay their respects to the King family during the funeral and then went to Memphis to march with the striking garbage workers (an event Dr. King had helped organize and was to take part in). In May of ’68, Culp lived for three weeks in Resurrection City, the plywood and tent city of the Poor People’s Campaign that was setup along the Mall in Washington DC. After the assassination of Robert Kennedy in June, Culp went to work on OPERATION BREADBASKET a documentary on the Southern Christian Leadership Conference’s economic program that worked to bring jobs and economic viability to black communities. The project would take more than a year to complete and would cost Culp professionally, financially and personally. When it was complete, Culp succeeded in selling it to ABC, which was unprecedented at the time. The networks never aired documentaries that weren’t produced by their own in house news departments. The documentary aired July 7, 1969 to positive reviews and was aired a second time later that summer.

Indeed. He did a lot.

“I walked down those streets (in New York City) and saw all the people and they all looked mad as though they were going to beat me up. I loved it.” – Robert Culp, 1957, referring to his first arrival in New York in the early 50s.

In the course of three seasons, I Spy filmed in locations all over the world, including Hong Kong, Japan, Spain, Mexico, Morocco, Italy and Greece. In his career, Culp starred in various films that were shot in places like Canada, England, Germany, Australia and South Africa. 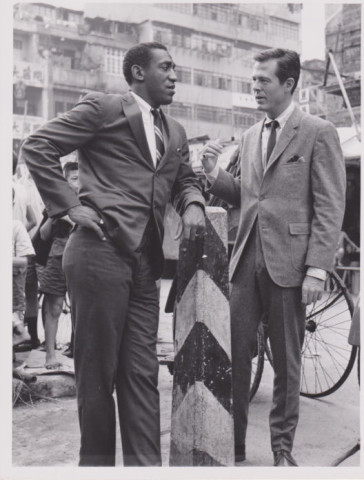 “We also didn’t have dressing rooms (in Hong Kong while filming I Spy). We dressed on the streets. We were in a hurry. We’d change our pants and people would say, ‘Those guys are in their underwear! On the side walk!’ Bill didn’t care and I didn’t either. We were secretly proud of it, man. It’s a macho thing. The hell with ‘em.” – Robert Culp, talking about the lack of dressing rooms during filming in Hong Kong for I Spy.

2. When it comes to couture don’t be afraid to mix it up. 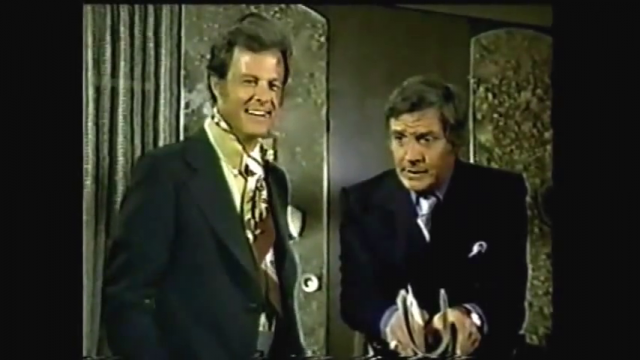 In 1969, TV Guide called Robert Culp one of the “gassiest dressers in Hollywood.” 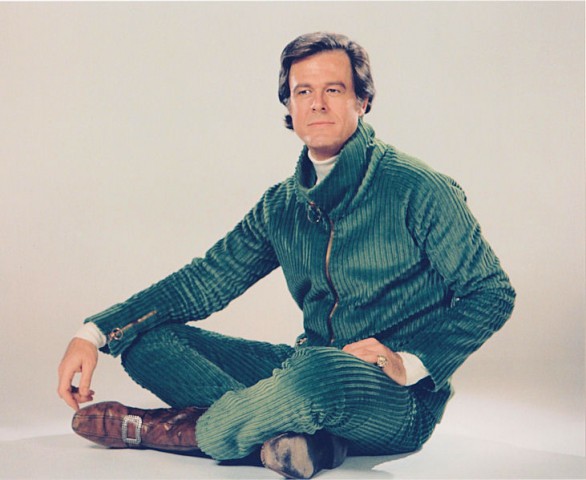 “(Culp) was so perfect, he used his own wardrobe. Moss Mabry, the costume designer went to his house and said ‘I don’t have to buy anything for him. He’s got more zippers than anyone.’” – Director Paul Mazursky, Bob & Carol & Ted & Alice. 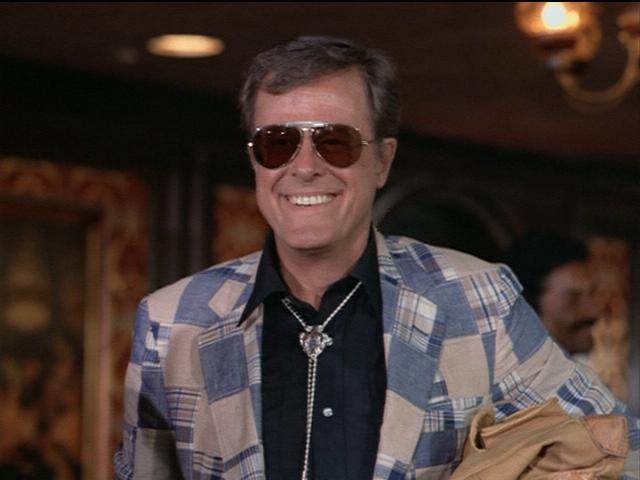 “…yeah, as long as you dress right. Conservative, not too garish.” – Agent Bill Maxwell, explaining how to dress right in Las Vegas.

Robert Culp’s fashion sense was legendary and he more often than not wore his own clothes in different roles. From classic to contemporary, Culp wasn’t afraid to wear things other men would shy away from. White jeans were his iconic look for I SPY, while BOB & CAROL & TED & ALICE utilized similar styles and also pushed the boundary with velvet tops, ruffled shirts and full leather ensembles. Quite possibly the only man who could pull off wearing a bright red dinner jacket, Culp could wear a tuxedo like he was born into it yet didn’t shy away from bright, bold colors and patterns. Okay, the Maxwell mattress jacket above isn’t the best example of that, but COLUMBO fans remember the yellow motorcycle style jacket Culp wore in this third turn as the killer du jour. Like the old song goes, every girl’s crazy for a sharp dressed man.

Robert Culp didn’t survive 50 plus years as an actor, writer and director in Hollywood by passing the blame. Hindsight, as they say, is 20/20 and Culp acknowledged the view in the rear view mirror, recognized the times when a decision made might not have been for the best, but otherwise carried on forward. Hollywood’s a tough town and like we all face in life, things don’t always go your way. Culp survived because he was damn good at what he did, was reliable, he persevered and he was, quite simply, cool.

🙂 Thanks Jeanne. I stand corrected. Although I don’t think anyone will blame me if I said I was thinking the I SPY episode “Little Boy Lost” when Ron Howard’s jacket was described the same way. 😀

I second the motion — indeed a great article. He could do it all and he did it all well.

Once you see that smile, nothing else matters!