The media seems to have turned its collective back on I SPY due to Cosby’s issues. Why doing so is an injustice. 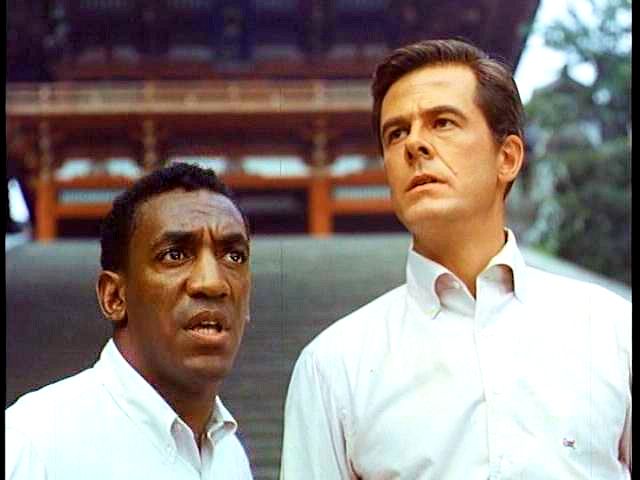 Robert Culp’s words, spoken nine years ago during his American Television Archive interview, seem to be becoming a self-fulfilling prophecy as of late.

I SPY, the TV series Culp co-starred with Bill Cosby for three seasons, premiered on NBC 51 years ago last week, September 15th, 1965. Outside of TheConsummateCulp Facebook and Twitter feed and a Facebook page called I SPY, SPY SHOWS, you probably missed the notice in any news feeds on social media platforms. It appeared nowhere. Granted, 51 is an odd anniversary to mark, but several other shows that also premiered that same week in 1965 had plenty of mentions.

I SPY was just not one of those shows.

Then, this past Sunday night was the 68th Emmy Awards. Host Jimmy Kimmel did a cheap and cringeworthy Bill Cosby joke and the website Upworthy.com failed to mention the first African American actor to win an Emmy in their article on 15 Emmy nominees and winners who broke barriers. That actor, Bill Cosby, for I SPY, was not included in the list.

And you know, I get it. Cosby’s being punished and I’m not saying he doesn’t deserve everything he gets. But I SPY, and all those associated with it, doesn’t deserve to be punished with him. I SPY was a ground breaking culturally significant milestone in television history that still matters. You can try to ignore it and bury it in light of Cosby’s loss of honor because it seems like the right thing to do. But to do so unfairly punishes so many others. Not the least of which is Robert Culp, who so believed in all that I SPY would represent for race relations if given the chance, he threatened to quit the show before it even started when NBC wanted to replace Cosby whom they didn’t favor due to his lack of acting experience.

Or producer Sheldon Leonard, the man who originally envisioned the concept of the two man, black and white team of spies and also backed up Cosby.

Or Fouad Said, the brilliant Egyptian born cinematographer, who met the challenge of I SPY’s around the world on location filming with innovative ideas and concepts that revolutionized television and film making beyond I SPY.

Or Earle Hagen, who scored the show, writing a musical accompaniment for each episode, incorporating musical styles and flavors from the many exotic locations I SPY filmed.

Or any of the people who worked on I SPY, from top executive producers, to the guest stars, down to the line crews and everybody in between.

Bill Cosby’s transgressions makes it hard to celebrate I SPY and its place in television history. Believe me, I understand. But those transgressions don’t change history, nor does it change Robert Culp’s, or others, place in it. Because they did do it. And were it not for them, much of what came after them never would have happened.

Seconded and thirded. And, sadly, it doesn’t appear that the issue of “I Spy” being somewhat forgotten is only because of the recent revelations about Cosby. When Culp gave this interview 9 years ago, those issues hadn’t surfaced yet, right? It may be that the show is too quiet, too limited in violent action, special effects, and explosions for today’s audiences, too unlike the James Bond films which (good as they are!) have come to epitomize “Spy” movies and TV shows. “Man from U.N.C.L.E.” has had similar issues, though we got very lucky with the 2015 movie. To Mr. Culp:… Read more »