Previously I posted about an ad for Ralph Lauren Purple Label suits reminding me of Culp’s pinstripe suit in the 1973 Columbo episode “Double Exposure.” (Have I mentioned I looooove a man in a three piece suit?)

Well, I found some more Culp-esque fashion.  Sasha Charnin Morrison, Fashion Director for Us Weekly, tweeted several photos of Natalie Wood last week and, in relation to that, also tweeted that “the Gucci Spring 2013 collection looks a lot like Bob & Carol & Ted & Alice.” I admit it does remind me of B&C&T&A with a lot of the bright colors and all (the women’s Gucci fashions more so), but I wasn’t expecting this: 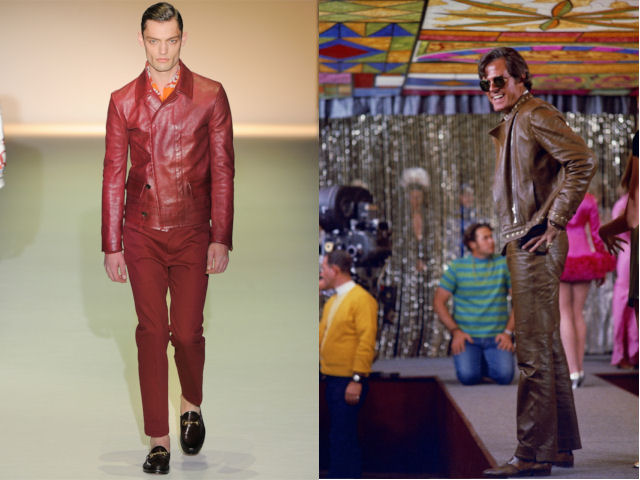 Okay, the leather one is a stretch, since the Gucci model isn’t wearing matching leather pants (and why not?) and the color is different, yes. BUT! The Gucci color reminds me of this Culp suit! (Again from a Columbo episode, “The Most Crucial Game” 1972….) 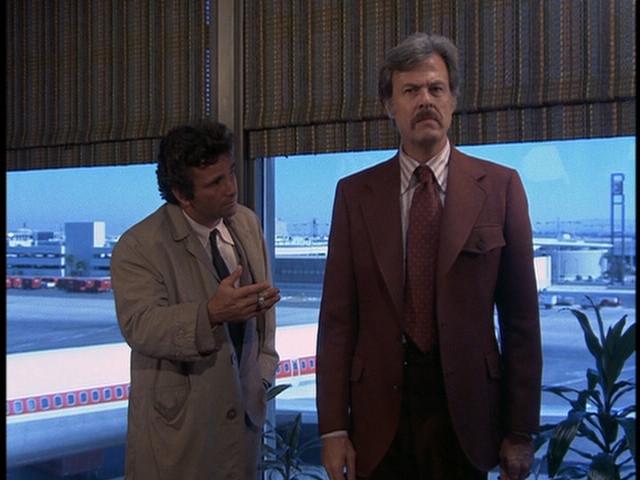 And upon further investigating in the Gucci Spring 2013 collection we have this red hued suit and…well now lookit that, a polka dotted tie… 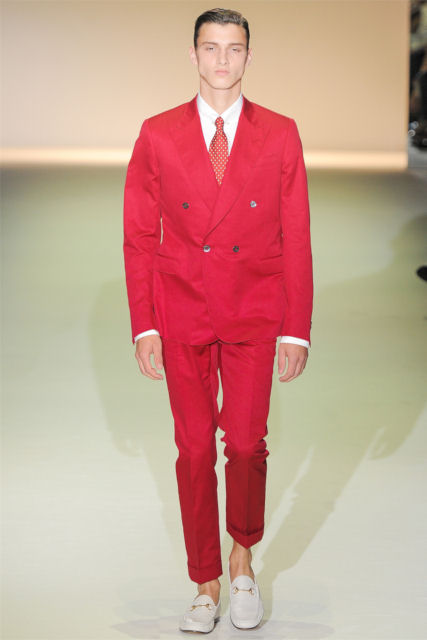 This light blue suit (middle) harkened back to I Spy (left) and even the beige/off white tie reminded me of Frank Bogg’s similar look in Hickey & Boggs (right). Apologies to Gucci though, yes, I know Boggs’ suit looks like it was run over by a car – with him in it. 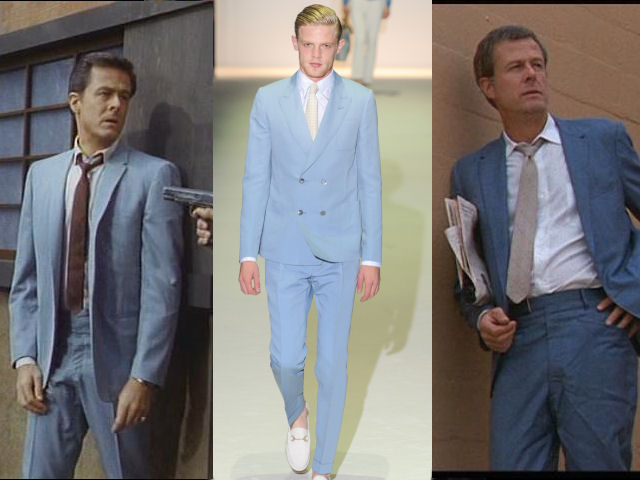 The best though? This yellow jacket and white pants combination! So what does all this Culp inspired fashion mean? Two things. One, Robert Culp was simply fashionable and two…I pay way too much attention to his clothes apparently… 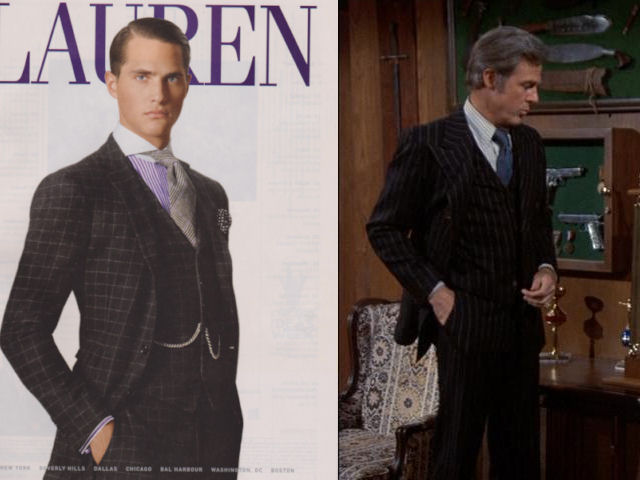