No writer credited, this article appeared in a California newspaper on July 6, 1969. 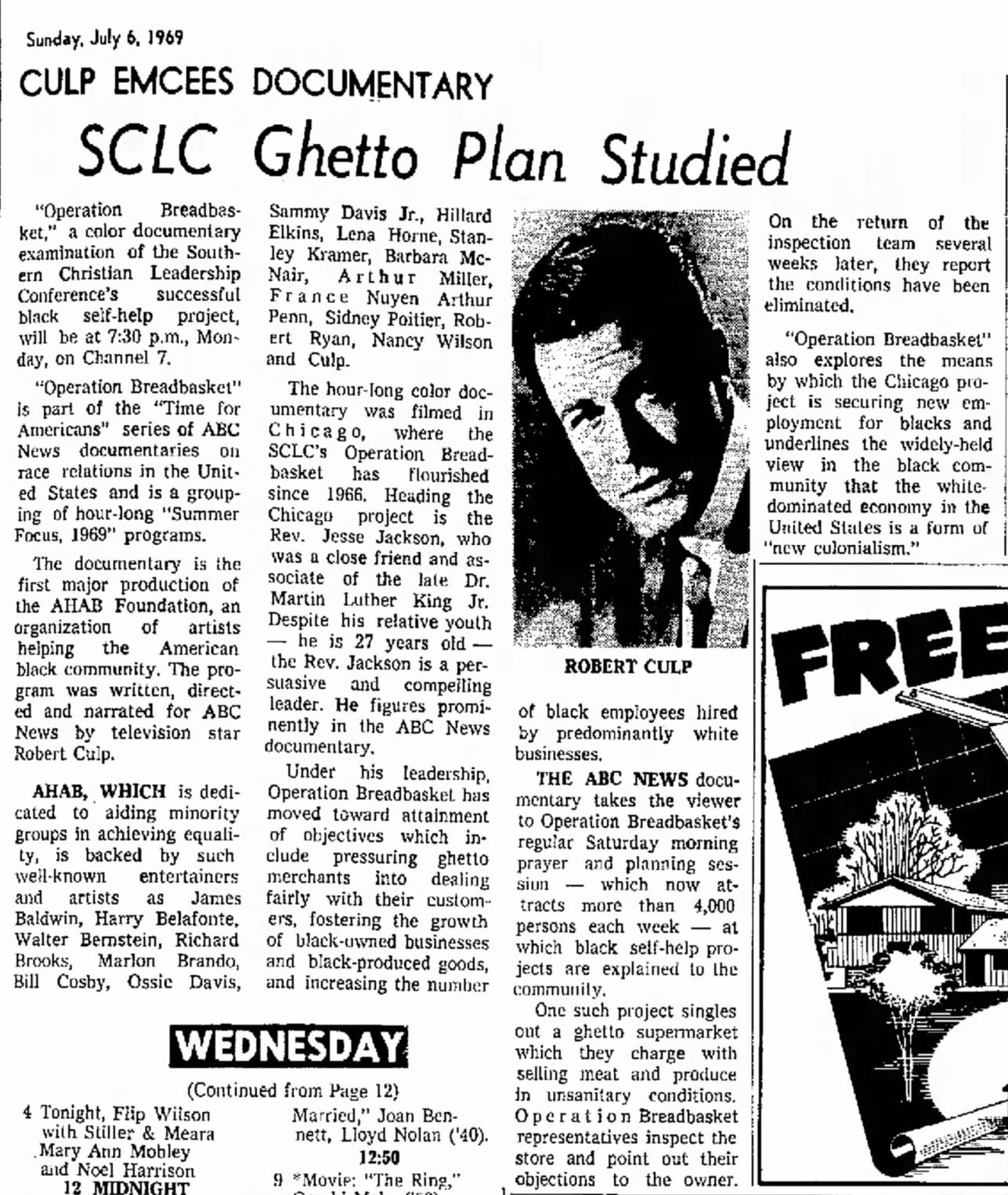 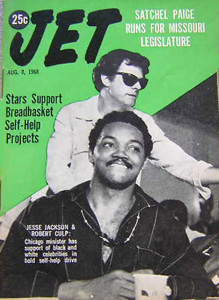 Previously back in 2011 I posted that Robert Culp’s documentary “Operation Breadbasket” was awarded a grant from the National Film Preservation Foundation to be preserved in a project being spearheaded by his son, Joseph Culp. I recently learned from Joseph that the restoration of the film is nearly complete and that they were working on getting funding to make a new documentary to follow up on the original. Possibly a Kickstarter campaign but more details to come!

The National Film Preserrvation Foundation announced on Wednesday that it has awarded preservation grants to save 64 films, including the Robert Culp produced, directed and narrated 1969 documentary “Operation Breadbasket.”

“Breadbasket” tells the story of the Southern Christian Leadership Conference’s economic arm and its efforts to improve economic conditions for black communities. It’s said that Culp essentially went broke producing this film, but did so because it was important to him.  He succeeded in selling the film to ABC and the network aired it not once but twice in 1969 to critical acclaim.

Naturally, I’m curious to know if there might be a DVD release, even a limited one. I’d be interested in seeing the film.